Manaus and the Amazon

Even though it was a little costly to fly to Manaus for 2.5 nights, I didn't feel like we could pass up seeing the Amazon while in Brazil. And I'm glad that we booked a tour to experience a little bit of the area.


Our flight landed at  around 10:30pm on December 18. After checking in and getting settled, we probably got 6 hours of sleep before heading out on the tour the next morning.


The tour was by boat. When Paul was looking into different types of tours, we both (obviously) expected to book a tour on a boat similar to what Jon Voight, JLo, and Ice Cube were on in the critically acclaimed 1997 film, Anaconda.


We then stopped off at this place where we were allowed to feed monster looking fish called pirarucu (also known as arapaima or paiche). The pirarucu is one of the largest freshwater fish in the world.


Our next stop was a surprise to me. Actually, I didn't really read this tour description so I really didn't know what we were doing for the day except the fact that we'd be on a boat in the Amazon.

After holding all the animals (which Paul had no interest in), we headed towards Lake Janauari Ecological Park.

We then headed to an indigenous village.

The last stop of the day was a channel where we were told we could swim but nobody was interested so we just walked around on a nearby beach.

Here are some more reflection shots as we cruised through another channel that connected to Rio Negro. 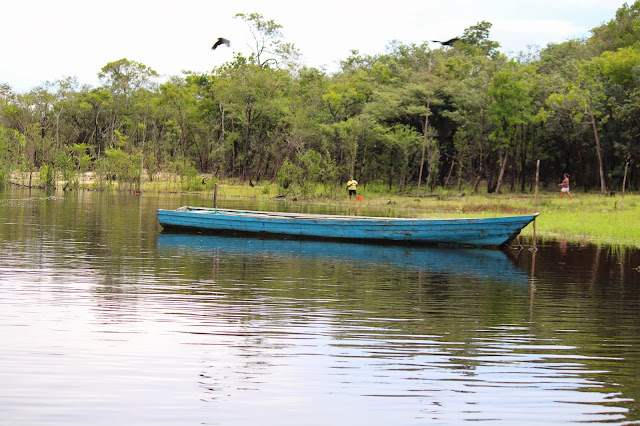 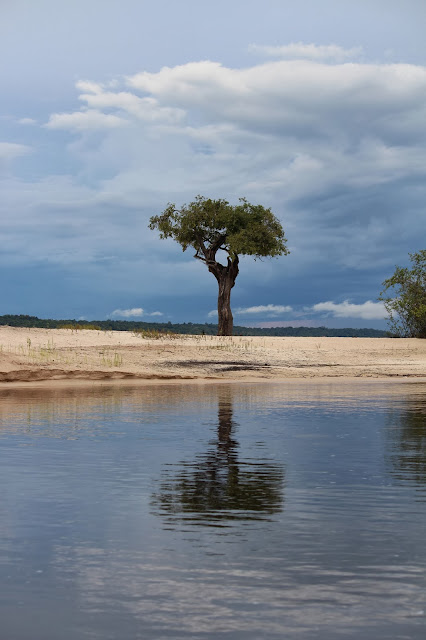 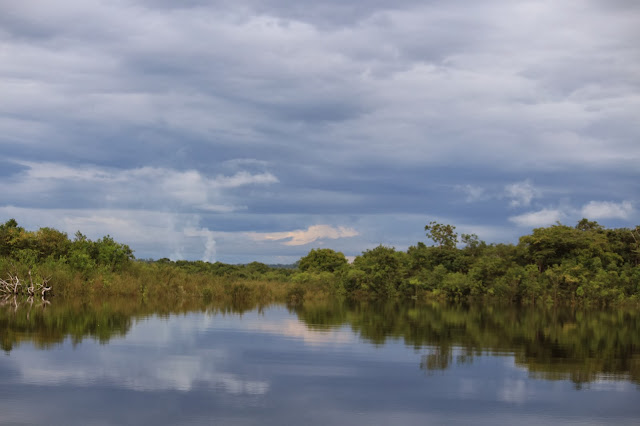 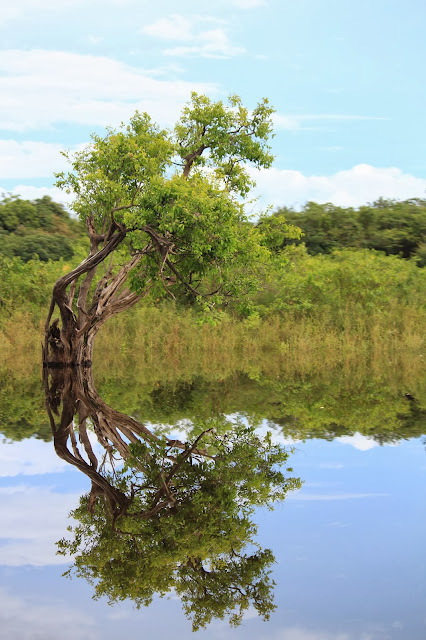 The sky started turning pretty dark as we got closer to the dock.

Posted by paul and christine at 1:18 PM