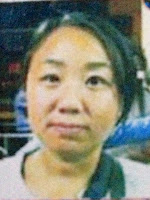 But seriously...the flight was short.

We got a free pick up from the hotel and realized why it was free when we saw the mode of transport...

Paul and I had only been in one other for about 2 minutes in Bangkok. We've been avoiding them because we were afraid it would make Paul's back worse but it actually wasn't too bad. Much more comfortable than Thailand's tuk-tuks.


The main attraction in Siem Reap is Angkor Wat (which means Temple City), the largest religious monument in the world. So, the next morning (May 30) we got up at 4:30am (again!) to watch the sunrise against this beautiful backdrop.

These are the passes we had to carry around for the day - and yes, those photos were taken just around 5am so that's why I look a little deranged and Paul looks angry. 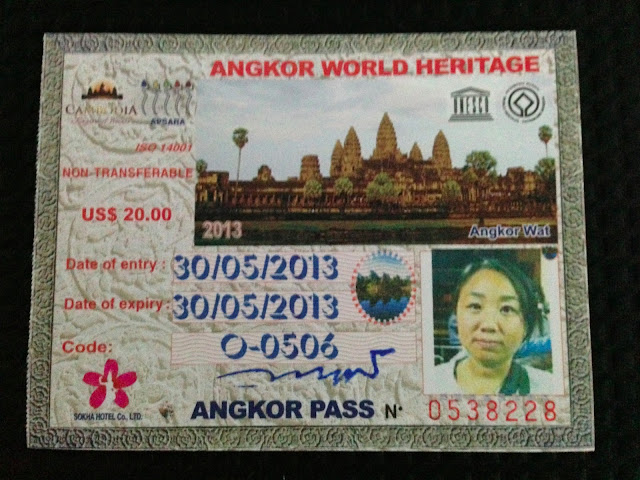 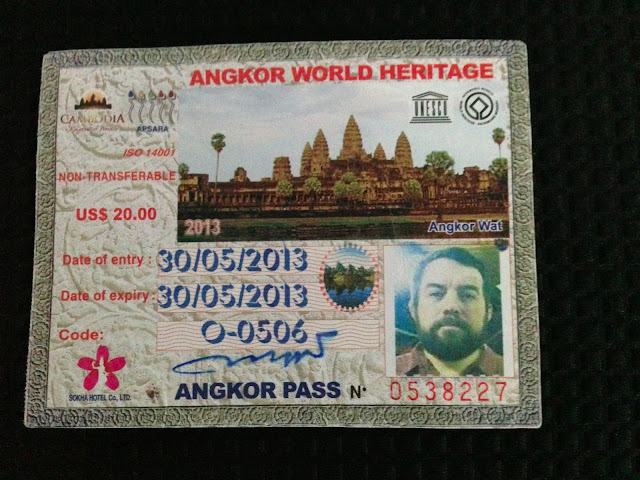 There were actually quite a lot of tourists despite this time of year being the low season.

After the sunrise (where we didn't actually see the sun), we headed in.

Some facts about Angkor Wat:

We then headed to Angkor Thom (which means Great City) to see the Bayon Temple.

We then continued to explore the entire Angkor Thom area.

We were supposed to see some terrace of elephants and terrace of the leper king but somehow, we missed them on the path we walked and when we got out to the main road, our driver swooped us away to the next place.

Some facts about Angkor Thom:

Here we are at Chau Say Tevata... 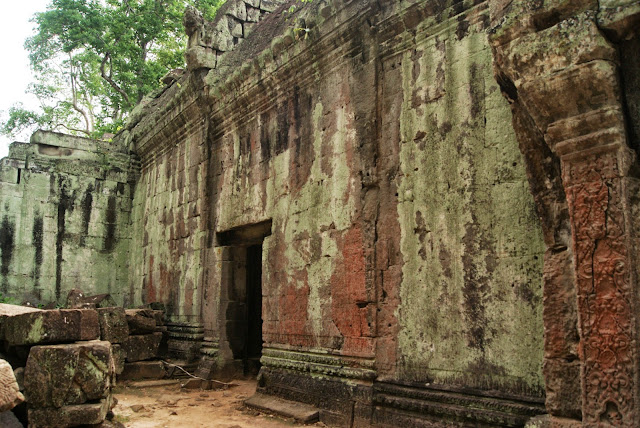 The next temple we saw was Banteay Kdei Temple. 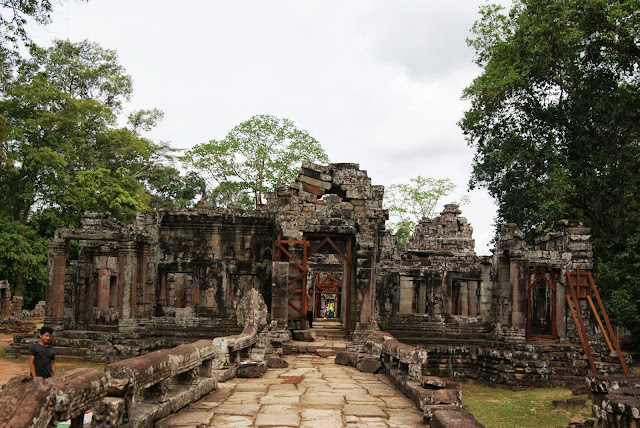 The last temple we visited before heading back to our room for  some rest was Prasat Kravan Temple.


This is the only temple in Cambodia that has carvings within the brick.

After some rest, we headed back out around 4:30 to climb to Bakheng Phnom to watch the sunset.


After a long day, we ventured to Pub Street for some dinner. We went to the Red Piano where apparently Angelina Jolie hung out and the Tomb Raider drink was "initiated" by her.

On May 31 we relaxed by the pool before having dinner on Pub Street.


We hung out around Pub Street a bit longer than we expected but left before we could get into any trouble despite Paul and I wanting to fight everyone that was around us.

The next day we were headed to Laos and we thankfully had a late afternoon flight.

Posted by paul and christine at 12:32 PM