On August 12 we flew back to Urumqi and hopped right into a car for about a 3.5 hour drive to Turpan. It was a long day having flown and sat in a car for a total of about 6 hours. We were beat and were pleasantly surprised to actually find ourselves in a decent room at the hotel the tour company booked for us. Except we had an unexpected guest - a huge spider. Naturally, I tried to capture it. I was unsuccessful so I had to call to request a different room. I wouldn't have been able to sleep knowing that this spider was lurking. All I could imagine was it laying eggs in my mouth as I slept.

On August 13, we headed out to see the Karez Well, the Jiaohe Ruins, and the Sugong Mosque. The Karez Well (Karez means well) is an irrigation system built during the Qing dynasty that diverted the water from the mountains to town. It is still used today for farming.


Our next stop was the Jiaohe Ruins. Originally built in the 2nd century BC to 5th century BC, the Jiaohe Ruins is the world's largest and oldest surviving raw soil architecture. According to historical records, Jiaohe was home to about 700 homes - 6500 residents plus over 800 soldiers. 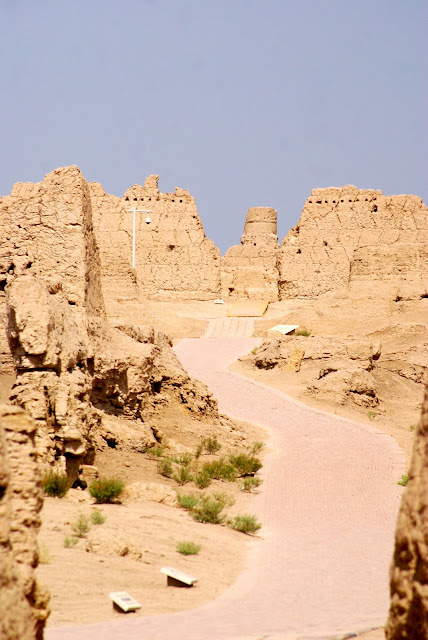 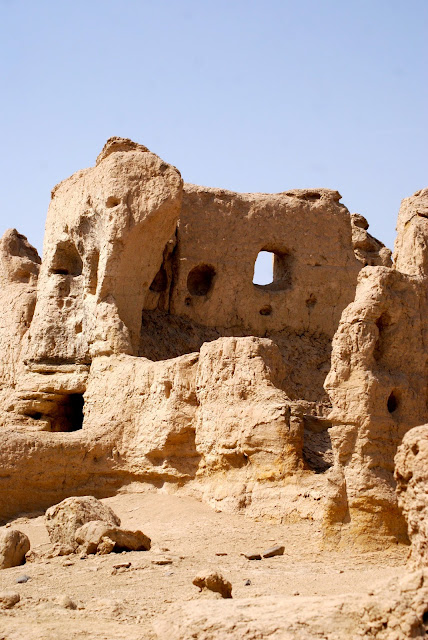 The last stop of the day was the Sugong Mosque (although officially, they call it the Sugong Pagoda). 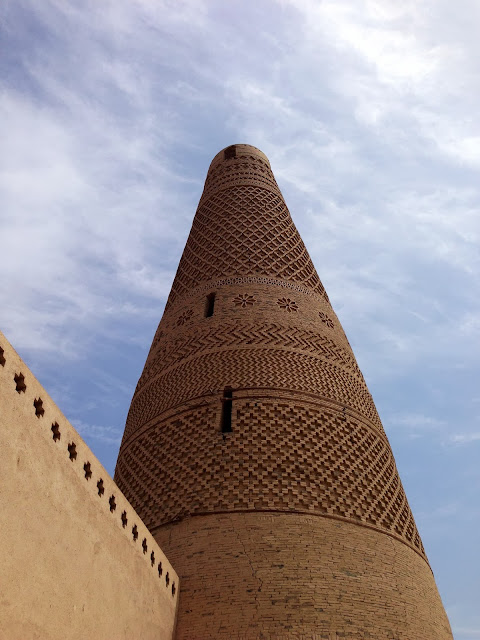 The next day, we visited the Flaming Mountains also known as the Gaochang Mountains. Stretching 100 km long, they are eroded red sandstone hills. According to wikipedia, the Flaming Mountains received their name from a fantasy account of a Buddhist monk who was accompanied by a Monkey King with magical powers who runs into a wall of flames on his pilgrimage to India in a 16th century novel.


After the Flaming Mountains, we headed to the Bizaklik Thousand Buddha Cave, home of about 40 murals in various caves. We weren't allowed to take pictures inside but the scenery was still pretty cool.


We also stopped by the Astana ancient tombs. There are thousands of tombs here but we were only allowed to visit three - one of which included a mummified couple. But, we weren't allowed to take photos inside the tomb so you'll just have to trust me that it was fascinating to see a mummified human body.


Our last stop of the day was Gaochang Ruins. Gaochang was an important stop for merchant traders along the Silk Road but it was destroyed in the 14th century.


Posted by paul and christine at 8:36 AM