On August 10 we flew from Bejing to Urumqi to start our Silk Road Tour. After doing a good amount (well, maybe not enough) research in June, we decided to book our visit to the Xinjiang province along the silk road through a tour group (Travel China Guide). Overall the things we saw were really cool but it definitely was NOT worth what we paid. Lesson learned - paying more in China doesn't necessarily give you better service or a better experience.

Within the Xinjian province, which is actually an autonomous region, the majority (but minority) of the people are Uygurs. Let's just say we found it interesting that this area is part of China. Paul will talk more about this in his country review...

Kashgar was our favorite city on the tour and I think it was definitely because we had a better tour guide there but also because we felt like we experienced the local culture. Our first stop was the Sunday Animal Market.

After lunch, we headed to the main Kashgar Bazaar. It used to only be on Sundays but it got so big, this market is open everyday. The animal market used to be held here too but they split them up after both got too busy.

Outside the market are little alleys where the locals sell food.

We then headed to Abakh Khoja Tomb, the burial ground for the 17th centural great Islamic missionary of the Kashgar area and his descendants, totaling about 72 people. The "fragrant concubine" better known as Xiang Fei of the Qing Dynasty was supposedly also buried here although this is widely disputed by many archaeologists and Chinese people. They believe that she was buried somewhere closer to Beijing.

I really enjoyed our next stop, a walk through Old Town. 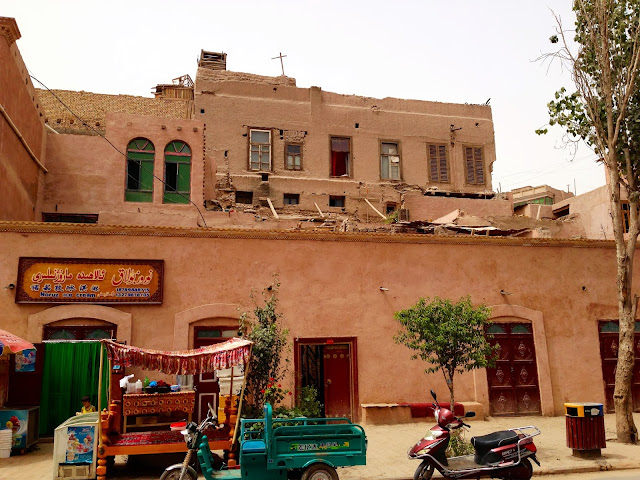 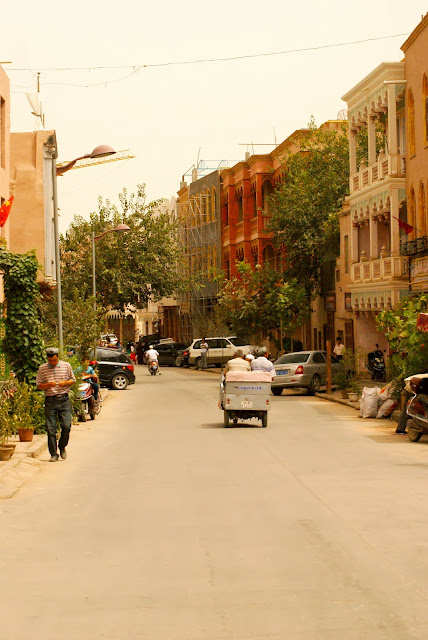 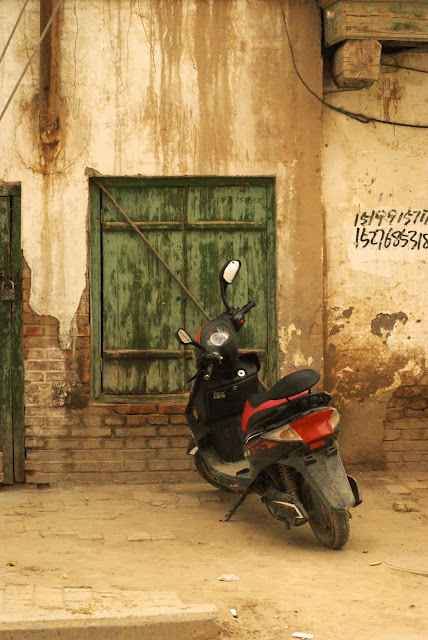 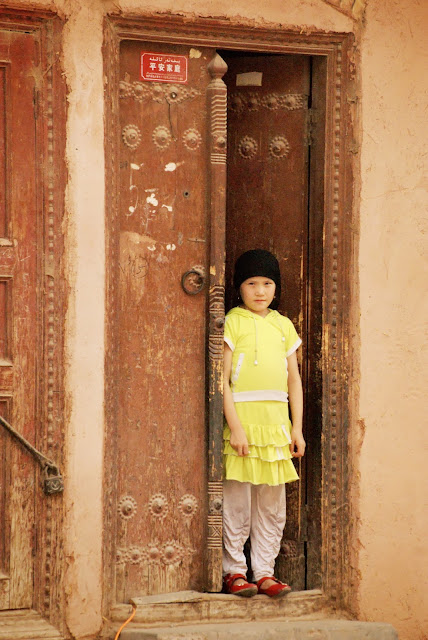 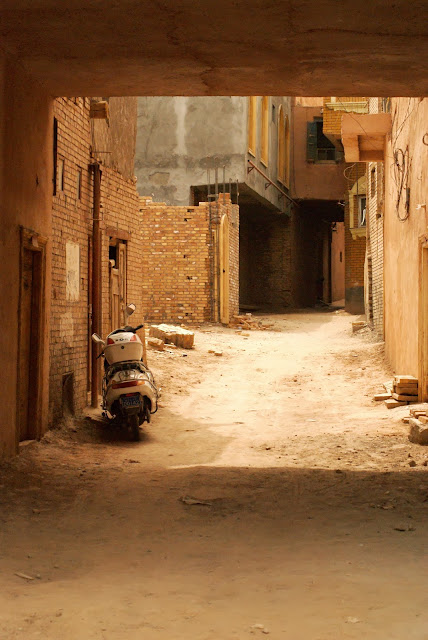 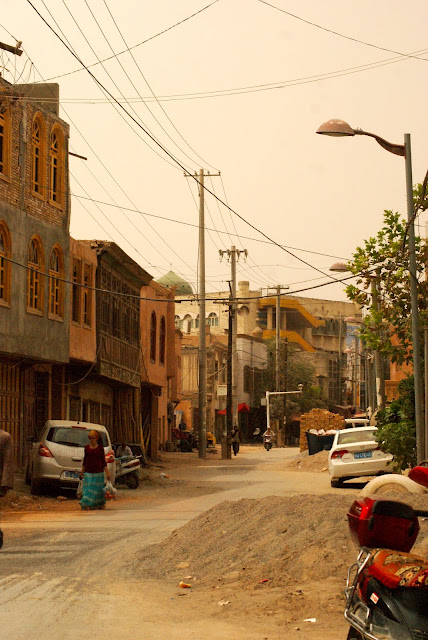 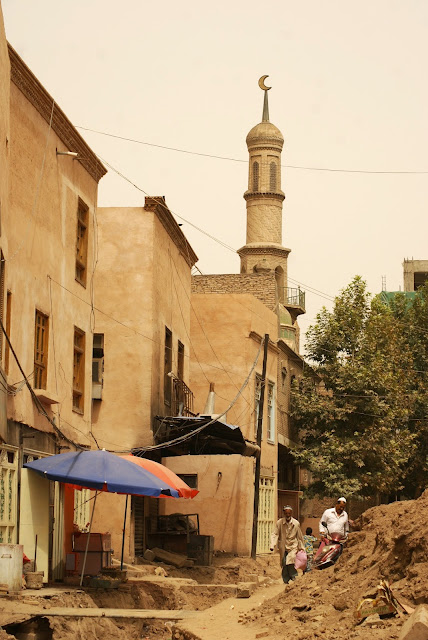 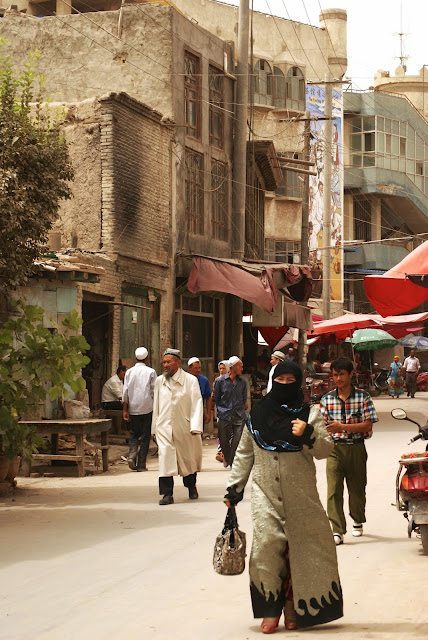 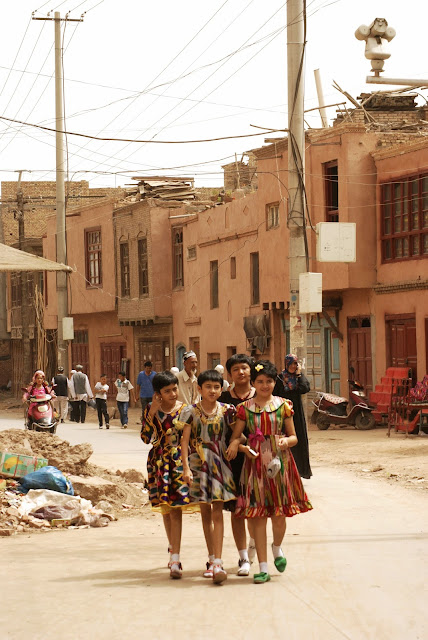 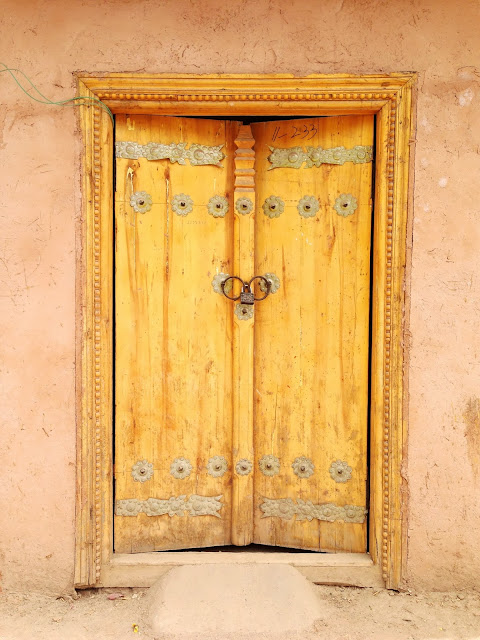 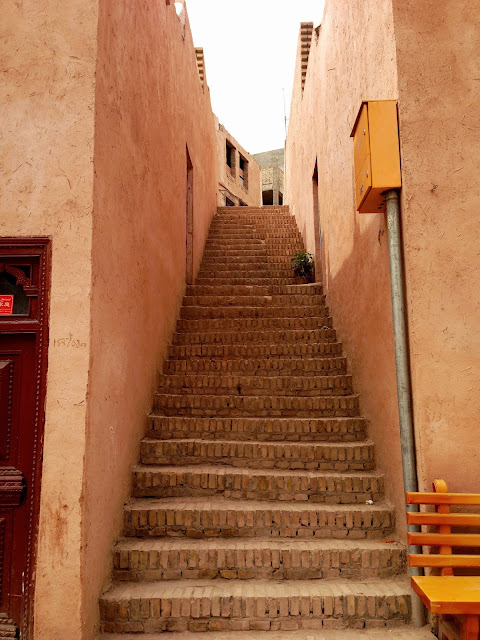 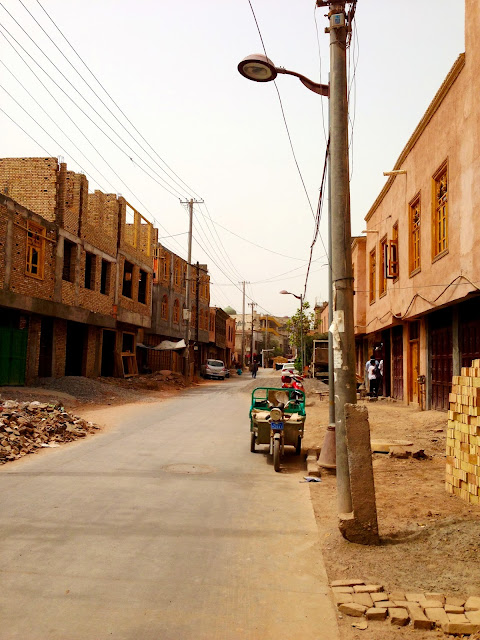 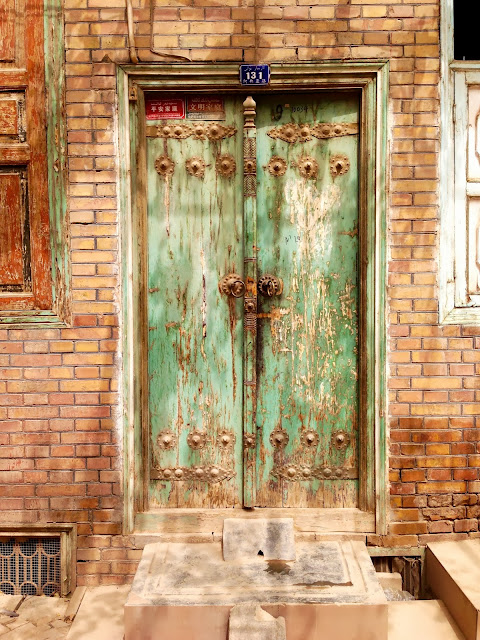 After walking through Old Town, we ended up right by Id Kah Mosque which was built in 1442. It is the largest Islamic mosque in the Xinjian Uygur autonomous region (and in China).

The next day on August 12, we visited another market in Opal. This one was much smaller and was a combination of the animal market and regular market.

Posted by paul and christine at 11:46 AM