Despite what we were told by travelers who had been to Argentina and a few Argentinians I had previously spoken to, this country was one of my favorites. We were told no one will speak English even though they can, it is dirty and crime ridden and they are better than you (and they know it). I didn't find any of these things to be true. People were friendly, the place was clean and it was safe (even now in Chile people have told us how lucky we were not to be kidnapped - although the number of missing persons info sheets in both Argentina and Brazil is alarming!). Anyway, a beautiful country with beautiful grass fed beef. Delicious. When you go to the supermarket and buy some beef you don't have to look at the labels to see which one is hormone and antibiotic free, which is grass fed or free range or std free or psychologically sound. The beef is from Argentina so it's understood that it is all of those things - no worries.

Enough about the beef here's what we did.

After seeing the Iguazu Falls from the Brazil side I expected Puerto Iguazu on the Argentina side to be fairly similar, it is 15 km apart from one another with daily traffic between them. As we crossed the bridge into Argentina we could feel a change. Things just looked better, it didn't look rundown. Everything about the falls was better on the Argentina side, better contrived walkways that were wider and safer, there were better views, a crazy boat ride and you didn't have that disturbing feeling of someone on top of you, breathing on you. Our mood improved immediately and we were excited to see the rest of the country.

Buenos Aires is a really cool city and probably my favorite city to date. It was a bonus to spend a week here in an apartment rather than a hotel because it made us feel like we were back in NYC - sort of. We walked around taking in the sights and architecture and just existing in a fairly normal city. People actually live here and didn't disappear after work - it felt lived in which is something missing from almost every city we've been to. We went out a couple of times to experience the steakhouses and it was good. Well the beef was good but on the whole, Argentinian cuisine isn't all that great. The sides are over cooked frozen vegetables, you know what I'm talking about - the peas, carrots and green beans from Green Giant. Everything is just really boring, overlooked and without flavor. We also went to try some empanadas which I guess is Spanish for HotPockets - they were gross. But that's why we opted for the apartment, so we could cook for ourselves.

Our last stop was the town of Ushuaia, the most southern city in the world, in the area of Patagonia known as Tierra del Fuego. This is just an amazing place and isn't just a jump off point for excursions to Antarctica. Hiking in the surrounding countryside, boating in the Beagle Channel and mountain climbing (we didn't do any mountain climbing) all allow an opportunity to experience the beauty of this unique land. It is someplace that I will return to because I felt like there was more hikes to go on and I might want to climb a mountain or two - no big deal, and after seeing other traveler's photos of Antarctica, Christine and I have to get there. The only negative was the that the sun never set. We were far enough south and it being summer, the sun set at 11:30pm and was up at 5am. Our hotel didn't see the need to have those thick curtains that any other hotel would have in an area that will experience this much sunlight, so after the third day I went nuts and I haven't been the same since. The people are really nice and this is where I met my now good friend Steve the mailman. Oh the stories he would tell of his adventures delivering mail to the research stations in Antarctica with only his canoe and the stars to guide him! I really appreciated his dry, witty sense of humor and such a snappy dresser. I think we will remain life long friends. 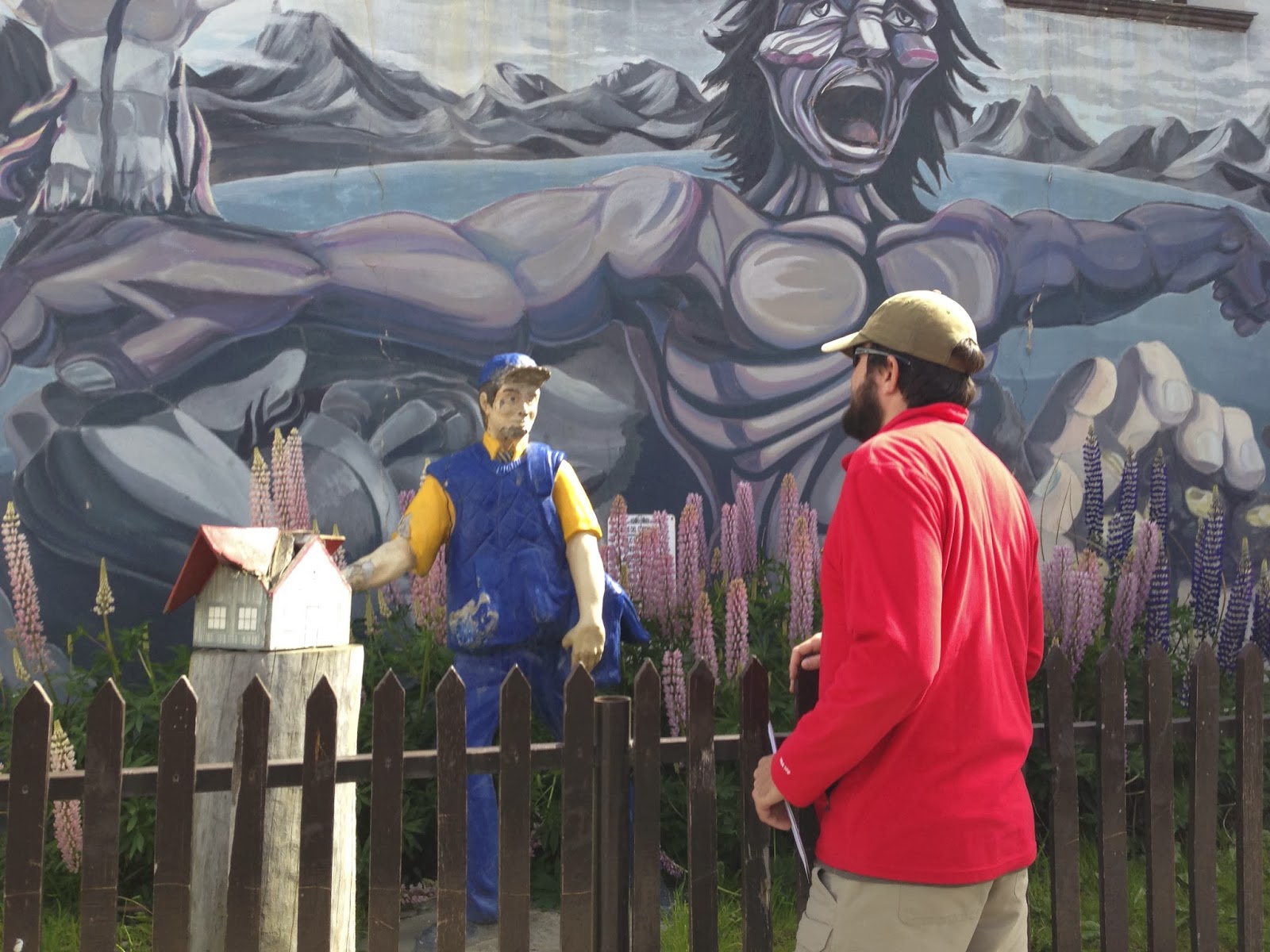 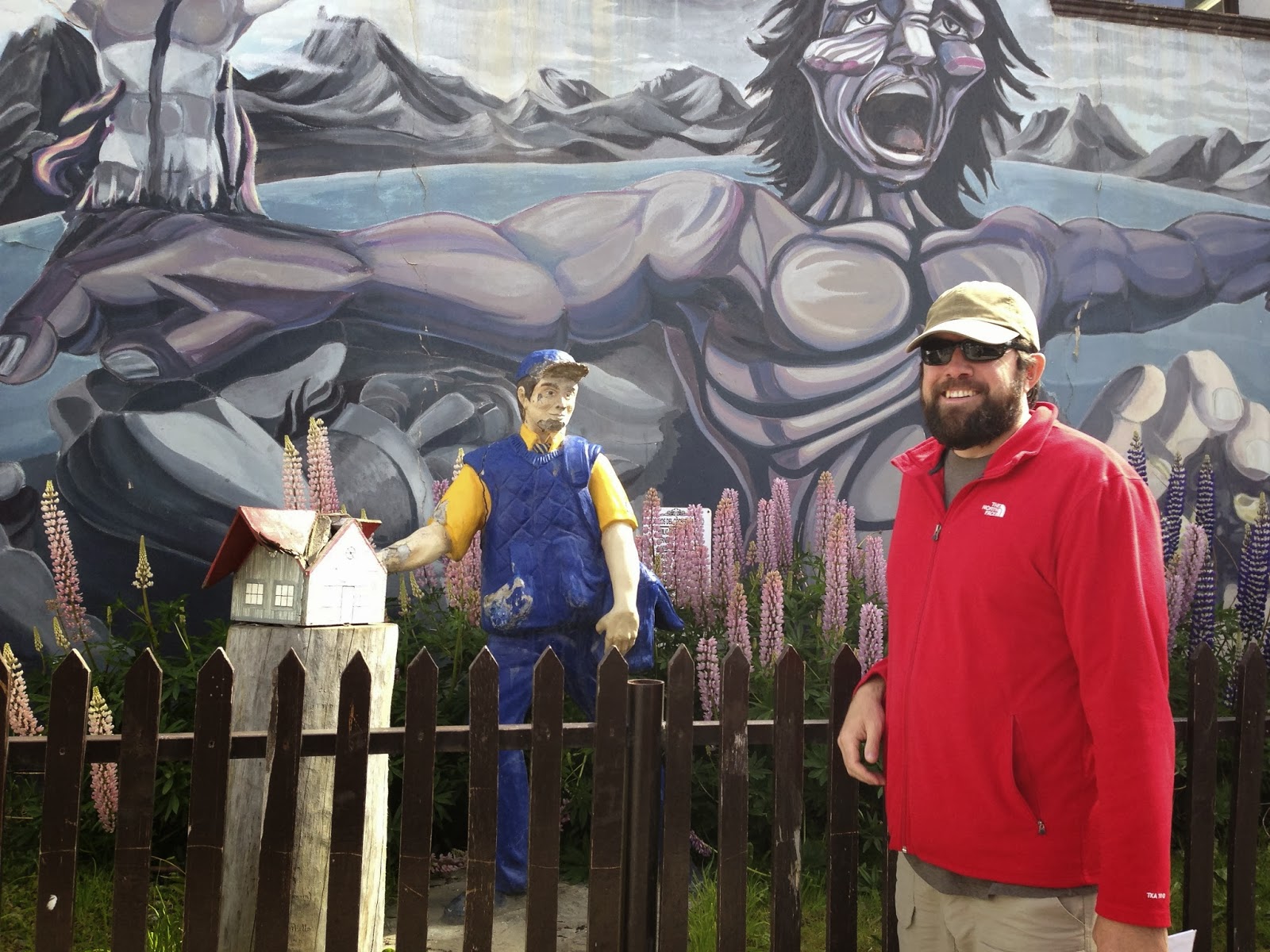 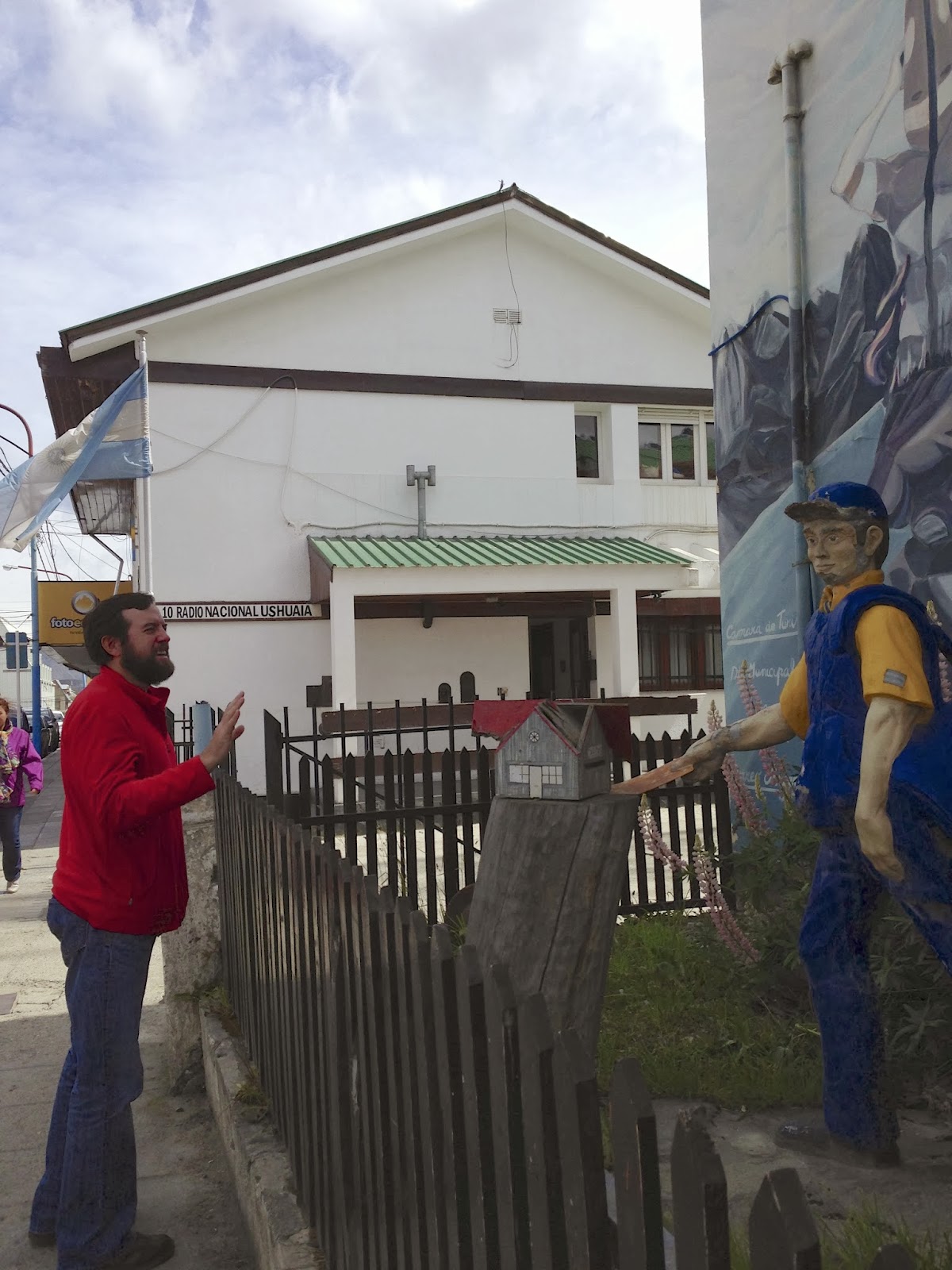 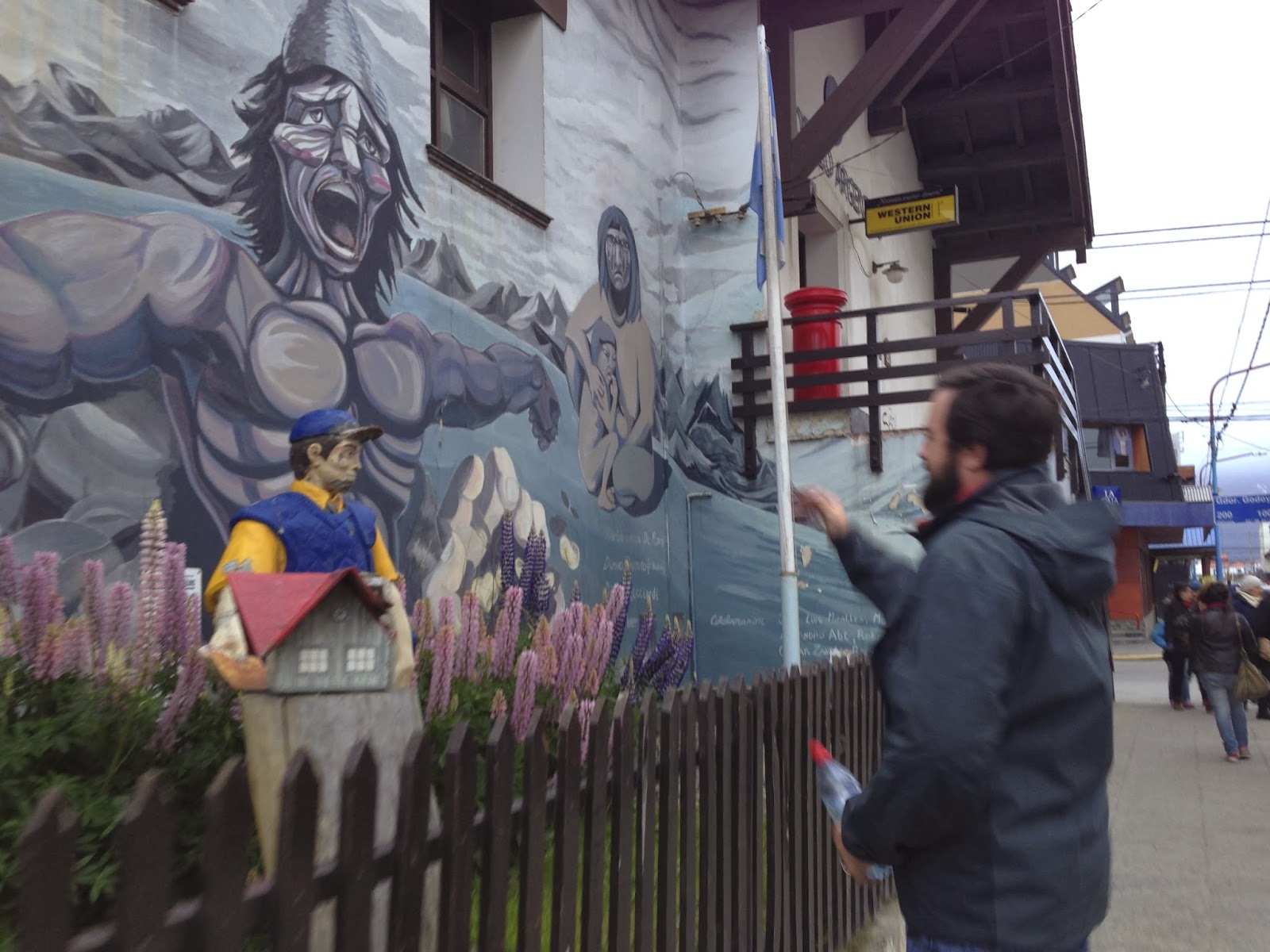 Posted by paul and christine at 4:10 PM