Buenos Aires, or as the locals call it, BsAs was actually one of the favorite cities we have visited during our travels. Maybe it's because we rented an apartment and it felt a little like living back in New York City (except it really doesn't compare). There was a bit of routine that we've missed along with the city being easy to navigate while having neighborhoods to stroll through. We arrived on December 30 on a flight from Puerto Iguazu. Since it was a domestic flight, we flew to AEP, which is an airport right smack in the middle of the city. It cost 180 pesos ($19-$27 depending on the exchange rate) for a car to take us from there to the apartment in Recoleta about 20 minutes away.


We spent a total of 7 nights in Buenos Aires and took our time seeing the city and trying the restaurants. We rang in 2014 here but didn't actually go out - we cooked a nice meal and celebrated with some wine and champagne. The alternative was an overpriced meal and trying to find our way to/from Puerto Madera where the fireworks would be. The guy who rented us the apartment said that the taxi drivers would overcharge us and that it could be a little unsafe walking around at night. So, we opted to stay in the safety of the apartment for that evening. During the day on New Year's Eve, we walked around the neighborhood and visited Recoleta Cemetery, famous for being the home of Eva Peron's grave.

We lounged around on New Year's Day but on January 2, we took a tour of the city on the hop on/hop off tourist bus except we really didn't do much hopping off. 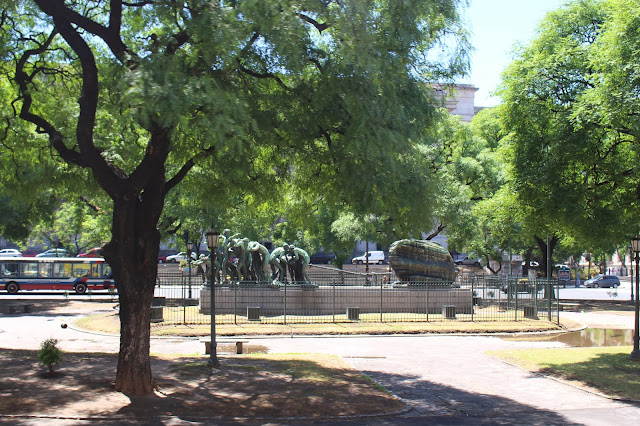 The next few days we tried out a couple of restaurants recommended by the guy who rented us the apartment, walked around the city and did laundry (which was nice to be able to do twice in one week - and for about $1USD). All in all, we had a really nice time in Buenos Aires - probably one of the few cities that we'd return to.


One of the last things we did was check out the largest bookstore in South America, El Ateneo.


A few more shots of the bookstore: 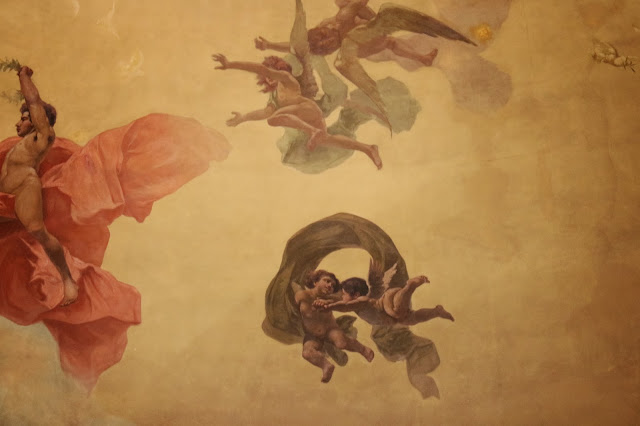 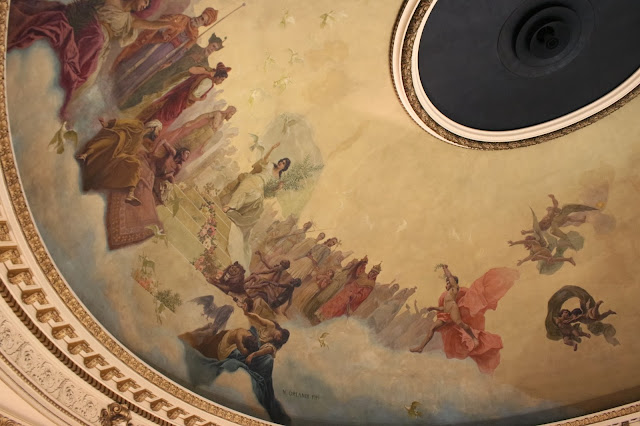 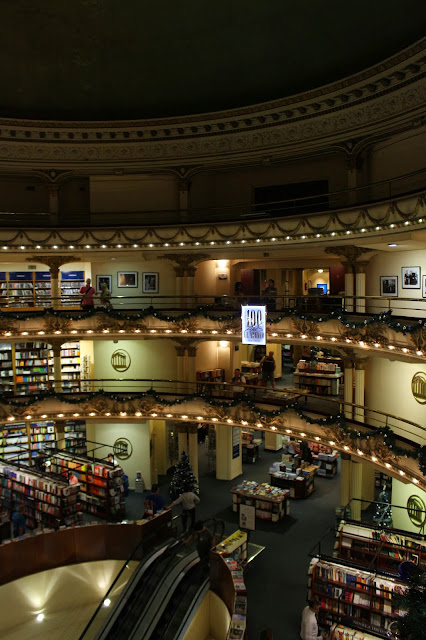 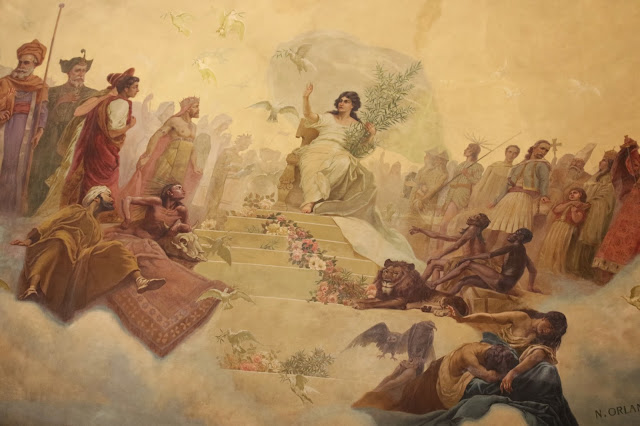 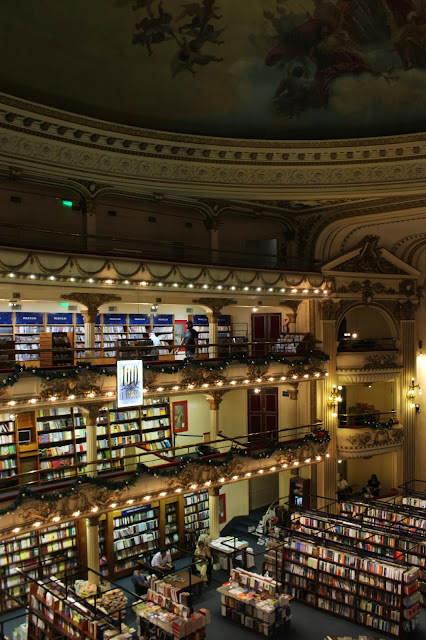 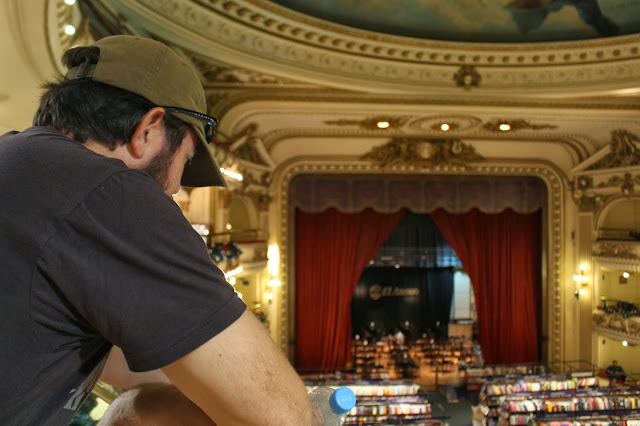 And then on January 6, we got up at 4am (again) to catch our flight to Ushuaia, the southern most city in the world and a jumping point to Antarctica.

Posted by paul and christine at 3:18 PM